ALR RIDERS OF THE YEAR 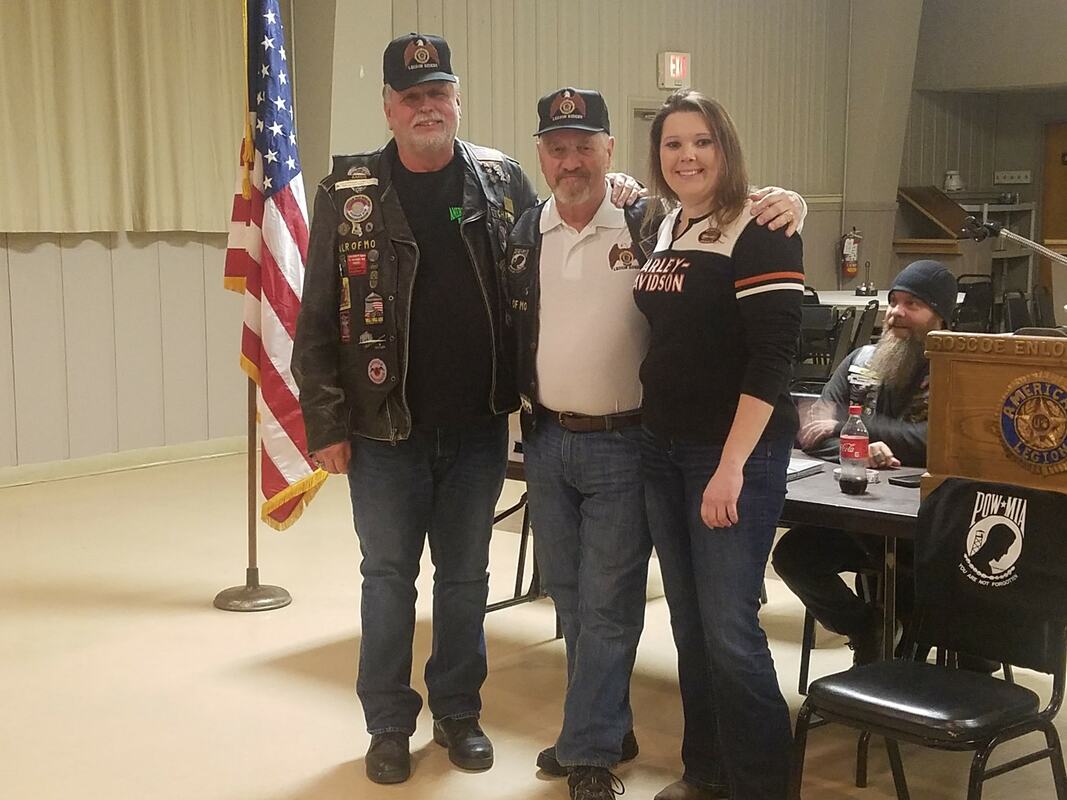 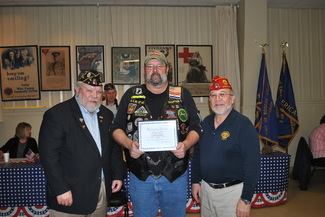 ​Jim Rosenberg:
2014 ALR Rider
of the Year
In March, ALR Chapter 5 presented Jim Rosenberg with a certificate naming him the Chapters "2014 Rider of the Year" award.
Jim has been very active in the ALR and Legion Post 5 on the local, district and state level.  Jim's wife Jodel is a member of ALR Chapter 5 and Unit 5 Ladies Auxiliary.
Jim's son Jeremiah is a supporting member of ALR Chapter 5 and a member of the Sons of the American Legion.
The certificate was signed by Pat McCormick, Riders Director ALR Chapter 5, and was presented at the American Legion Post 5 Birthday Dinner by Dee Dee Mehmert Cryderman and Jodel Rosenberg. 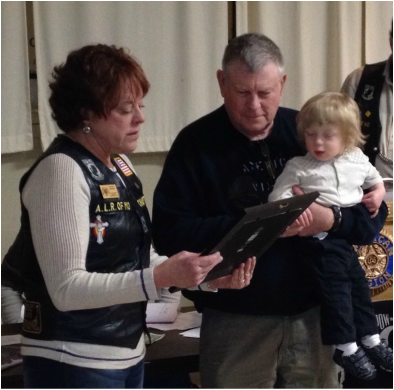 On February 6, 2014, Col. (retired) Bill Stucker was named Rider of the Year for Chapter 5 of the American Legion Riders in Jefferson City. He was presented with a commemorative plaque and is eligible for the Rider of the Year award for the state American Legion Riders.
Stucker participated in all of the Central Missouri Honor Flight Rides; assisted in prepping for the Honor Flight Rides; attended every homecoming for military units returning home from deployment; and attended every funeral escort in Mid-Missouri for fallen heroes and veterans. His wife, Sally, accompanied him and participated in many of these events as well. In addition to being a valuable member of the ALR, he is a member of VFW, DAV, and Central Missouri Patriot Guard Riders.
Stucker served four years active duty in the United States Army and served one tour in Vietnam. He served 33 years in the Missouri Army National Guard where he attained the rank of colonel.